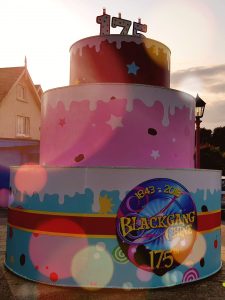 Every year my parents used to take us on holiday to the Isle of Wight, up until I was 16. For the last three years I have now been able to take my own family back and share with them all the things we loved as children. One of the most memorable places has got to be Blackgang Chine; Britain's oldest theme park. When you think of a theme park you often think of the places that are full of huge rides, but this is a proper theme park, with several areas, all with different themes for you to enjoy. The park has grown and changed since I was small and has made a fantastic recovery after a large landslide in 1994.

We visited at the end of August during the summer holidays as part of Blackgang Chine's 175th Anniversary and had an absolutely amazing day out. The park has a family roller coaster; we had two happy children this year as they were too small for it when we visited two years ago! There are water slides, a hall of mirrors and a big hedge maze. 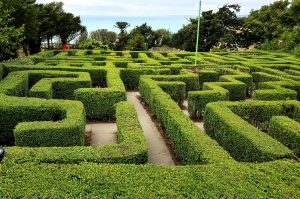 There are several themed areas, the original areas that were part of the park when I was younger are still my favourites such as Nursery Land, they bring such a huge amount of nostalgia and although they don't have many moving parts or big mechanical characters like the newer areas do, I love them, I don't think the park would be the same without them and I think a lot of people who knew the park as a child and have returned as adults would feel the same.

More recent additions to the park are Dodo Valley and Underwater Kingdom. Dodo valley is full of bright yellow dodos, some of which talk, sing and move there are net paths for children to run through, as part of their birthday there is a large dodo which comes out of a cake singing a dodo version of happy birthday! 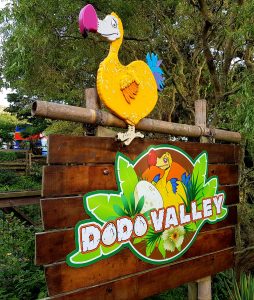 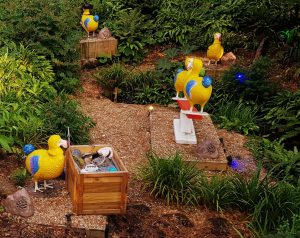 Underwater Kingdom was opened in 2017 and is a beautiful walk through full of animatronic sea creatures. There is something to discover everywhere you look and at the end is a huge whale above your head! 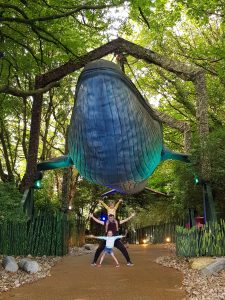 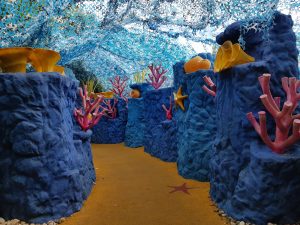 Fairyland is an enchanting little area with small houses that your little ones will love exploring as well as climbing up in to the Fairy Castle where you can see Sleeping Beauty. 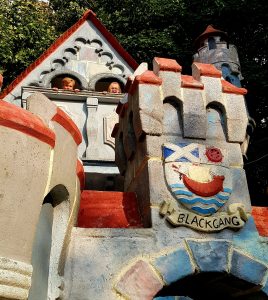 Then we have Cowboy Town; a large play town with all of the buildings you would expect to find in the wild west. This area is so much fun for children, they can run around, in and out of the buildings and there is a small shop selling all things cowboy related so you can really look the part! This part of the park is close to the cliff and has an absolutely stunning view out to sea. 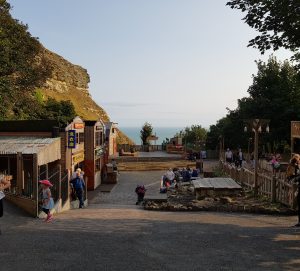 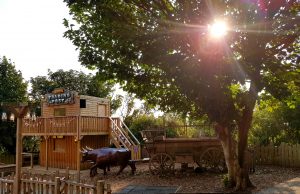 A great place to stop for lunch is Pirate Cove, this has a large flat open area with two huge pirate ships in the middle which are connected by rope bridges. Water cannons are on the ships so you can battle with the other ship! There are plenty of picnic benches around and small swings, there is Captain Jacks where you can get something to eat or take your own picnic. Just next to Pirate Cove is the Crooked House - another favourite from my childhood, it is as it sounds and is a wonky cottage that you walk around! Further round the park is Rumpus Mansion; a house taken over by goblins and trolls! 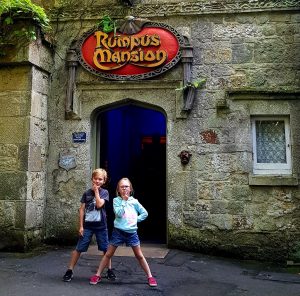 Restricted Area 5 replaced what was formerly Dinosaurland, it has some incredible, and very large animatronic dinosaurs that move and roar when approached. 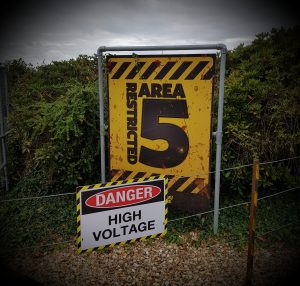 A really fun (and scary) area to walk through with some entertaining signs, really well done and laid out and the dinosaurs are very realistic (I assume)! 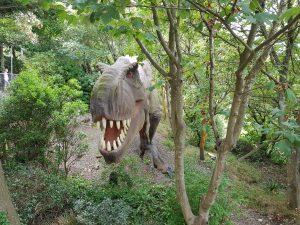 Some of the original static dinosaurs from years ago have also been kept and are dotted around the pathways. 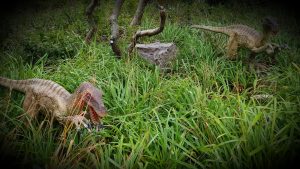 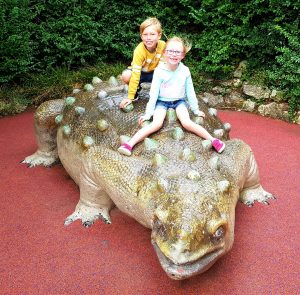 Snakes and Ladders is a big hit with the children with lots of different slides which are all on different levels and large ladders up to them. There are plenty of other areas such as the Giant Bug Walk, Jonah's Whale, The Musical Pet Shop and the Mouth of Hell. There is just so much to see and do at Blackgang Chine. The park has plenty of places where you can eat or grab a snack, toilets are well spaced out and due to the positioning of the park you are treated to some spectacular views.

As part of Blackgang Chine's 175th Birthday Bash the park have been celebrating every Monday and Wednesday from July 23rd until August 29th with live action shows in Cowboy Town and a Wild West dancing workshop. We stopped to have a go at the Circus workshop where you can have a go at traditional circus tricks and watched the Fairy Show on the lawn outside Rumpus Mansion; this was very popular and the fairies looked amazing and were very friendly! Blackgang characters such as Cedric the dragon could be seen around the park during the day and there was a really fun atmosphere with all of the celebrations going on and in the evening we were treated to a fireworks display. 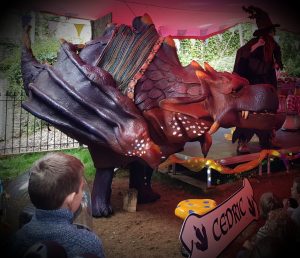 A trip to Blackgang is a whole day event and you will still leave feeling like you have missed something or wanting to spend longer exploring places, but not to worry! If you buy a ticket to Blackgang Chine you get a free 7 day return to the park. This is really helpful, especially if you don't manage to explore the whole park in one day or if the weather takes a turn for the worse. If you are visiting the Island on holiday I would suggest planning your Blackgang trip as something for the first couple of days so that you get use of the 7 day return. 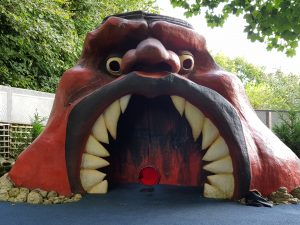 Blackgang Chine has changed so much over the decades due to coastal erosion and I think that they have manged it really well as it has developed and evolved over the years and really is a 'Land of Imagination', it has a fascinating history to go with it and I will continue to bring my family back time and time again. I will always be sad that some of things that I remember from my childhood are no longer there (The Angry Dragon & The Weather Wizard) but now my own children have their favourite parts and are making their own memories. Blackgang Chine's next special event is Wicked Nights which runs from October 20th to November 3rd from 6pm-10pm. 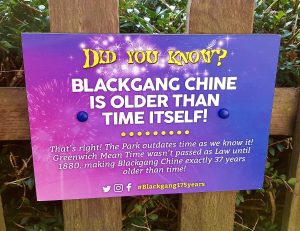 Blackgang Chine have one single price for entry from 4-59 years which can be purchased online for £22 (on the gate price is £22.50).. Blackgang Chine have a sister park on the Island (Robin Hill) and you can buy joint tickets which cost £39 per person. Head over to the Blackgang Chine website for more details. I'll finish up with some photos from a couple of trips we had to Blackgang Chine as children which are from around 1993 - 1995. 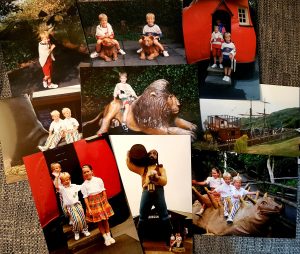